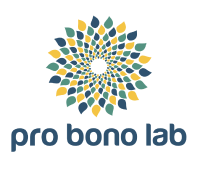 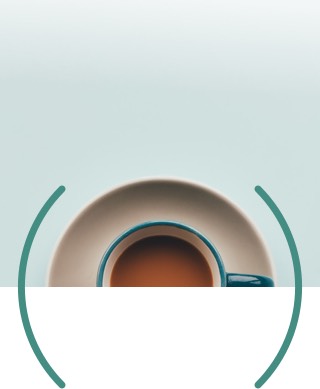 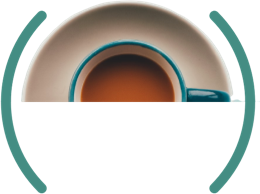 How is the pro bono world coping with the current crisis ? 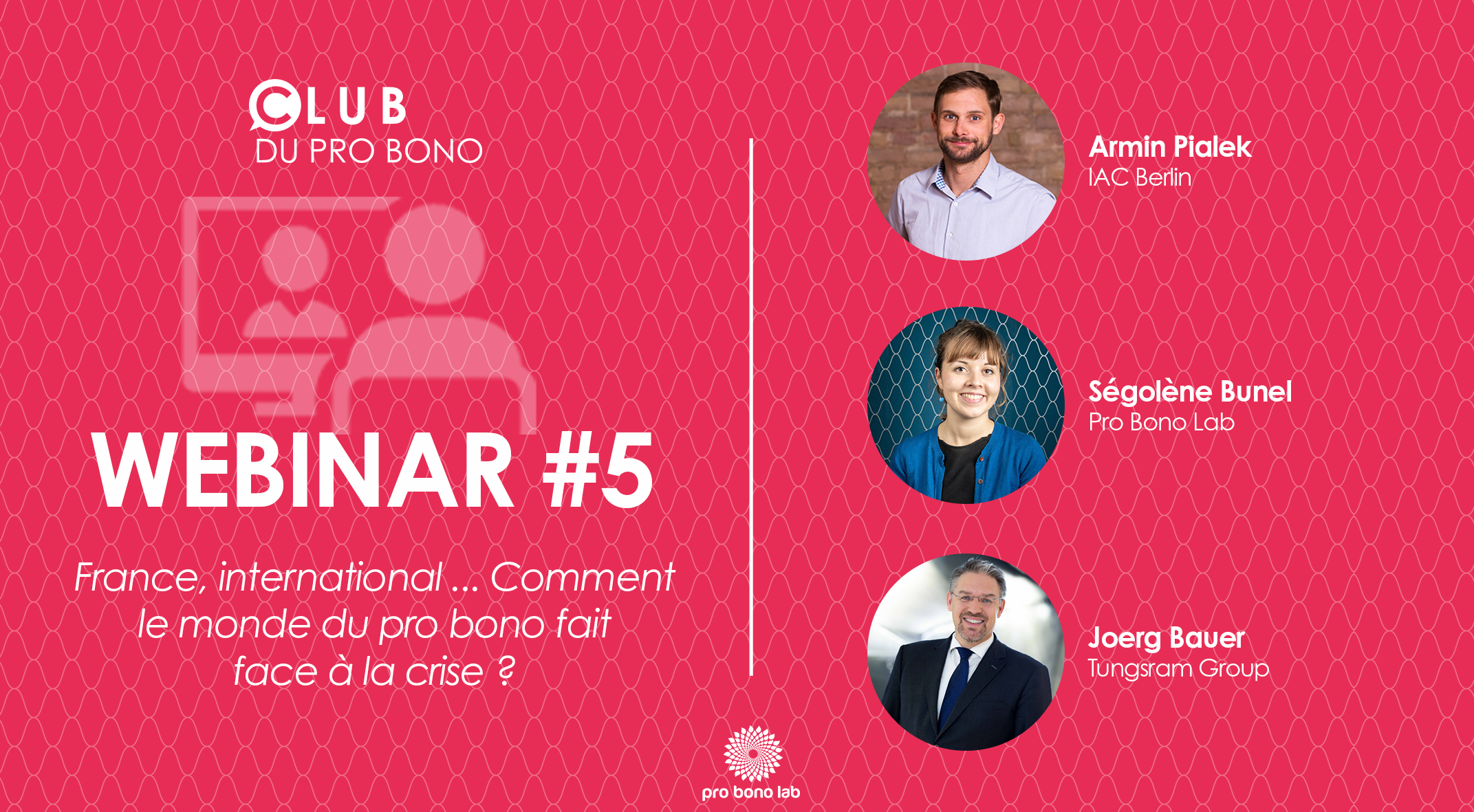 While government measures have varied from country to country, pro bono intermediaries have tried to organize collectively  in order to tackle the various socio-economic challenges that have emerged, mainly via international networks such as the Global Probono Network or Points of Lights. Faced with an unprecedented global crisis, how is the pro bono world coping with the current crisis ?

For Joerg Bauer, the idea of giving something back to society lies at the very heart of pro bono, especially as people get older. “Do what you do best in a different environment to contribute to a good cause, outside of your company, typically for a non-for profit”. Frustrated with typical activities that were not a good use of his time and skills, he came across the idea of pro bono around six years ago. In Hungary, until a couple of years ago, it was still something uncommon compared to giving to charities or giving money. So with a couple of companies, they decided to embark on a “pro bono journey” where the focus on impact of the social initiatives they would come across would be of utter importance. “To help them to do more so that they (non profits) can do what they do best and not worry about the rest that is not part of their core” (ie  : IT system, booking invoices, raise funds...). What is interesting and what the companies did not plan at first  was the benefits  for their own employees such as motivation and new ideas !

Armin Pialek who has been working in philanthropy for the past 12 years defines himself as a “community builder”, building global communities first for the BMW Foundation and now for the Bosch Foundation. He was part of the team that built the Global Probono Network gathering pro bono intermediaries such as Pro Bono Lab that, as a peer group, tries to support each other.  To the question “why do you think we need pro bono more than ever ?”, he shares a core assumption that he had even before the covid-19 crisis : challenges we face as a society and humankind can only be solved through cross-sector collaboration, be it climate change, inequality or justice, since governements won’t be able to do it alone nor will be the private sector nor civil society (cf SDGs agenda). To that end, pro bono turns out to be a great tool to train this “collaboration muscle” and to understand each other for these actors speak a different language (impact, communities or social innovation in the non-profit sector vs KPIs, customer relations or target groups in businesses). Yet, ultimately, an understanding or even a common language can be achieved with pro bono, especially during this global crisis.  To feel the urge to do something is motivating and can be achieved through pro bono. In the end, using our skills remotely can have the greatest impact.

Why is pro bono or skill-based volounteering even more relevant now ? Segolène Bunel stressed that pro bono is first of all a form of volunteering, a practice that has proved to be crucial all over the world to collectively and individually respond to urgencies.  This question raises another one that has to do with the role of the State and how volunteering and charities are supposed to complement or compensate what the State is doing or not doing. At the individual level, volunteering is a way to feel useful and contribute to one’s community. Secondly, going back to the core meaning of pro bono and to emphasize what Joerg Bauer said, it means to share skills and ressources and making them available to the greater good. This is precisely what this is about right now as every sector is looking for solutions and pro bono has a role to play to make sure that this expertise is made available. In France, an ongoing study is being carried out by le Réseau National des Maisons des Associations (RNMA) to better understand the consequences of France’s lockdown measures on non-profits. Some early figures have been published already showing that 2 out of 3 non-profits had to stop their activities and that 55% are worried about their own survival. The need for financial support remains a top priority. Yet, very soon afterward thinking about their economic model or the way they communicate will be as urgent. To do so, pro bono can be very helpful.

Joerg Bauer used to work in a very large corporation namely General Electrics. He is now the CEO at Tungsram, a middle-sized international company with about 2500 employees, mostly in Hungary. Conducting a pro bono program in a large company vs a smaller one implies different realities regarding the level of structuration (budget, full-time CSR staffing for example), the scale,  the geographical scope or the profile of the volonteers. For smaller companies, it is important to have someone whose job description clearly details their CSR missions to ensure both CSR responsability and continuity in case of a day-to-day emergency so that this same person can continue working on pro bono programs. This proves to be especially crucial in “bad times” when staff tend to be dispatched in the seemingly more vital activities. During the covid-19 crisis, Tungsram have some areas doing really well while others are suffering. Less CSR/pro bono activities are being run than before for various reasons (ie much more difficult to mobilize cash) while in kind contributions have gained momentum. For instance, his company has been producing face shields and giving them to the health care system, an activity which the CEO of Tungsram considers to some extent CSR and even pro bono since they are channeling some of their substantial supply chain capabilities into an immediate need. To our audience, he also wanted to stress that it is okay to think more about your own company keeping in mind how you can in your field operationnally contribute to alleviate some current shortcomings.

In Germany, non-profits are also in a limbo, faced with unknown variables. “We simply do not know what the near future will look like in terms of cash-flow, how to keep these jobs or how long government support will last”. There is a different situation for pro bono intermediaries in this country. If volunteering and pro bono do exist, especially from large companies, the backbone of the German economy is composed of small and medium-sized companies (SMEs). These ”hidden champions” are very often family-owned and located in small towns or rural areas. Joerg and Armin both highlighted how these companies are really invested locally and how in some cases their partnerships with non-profits have been going on for decades. Armin cited the case of Freudenberg  which has long-term non-profit partnerships and has been providing pro bono, in kind and financial support for over a hundred years. In the current situation, a lot of motivation has been observed in Germany as well, people calling in asking how they can contribute from home. New tools / mechanisms are popping up so that immediate specific and strategic answers to non-profits can be provided. If the past weeks have been about the challenge of dealing with this urgency, talks about what’s next and how to better address tomorrow’s challenges are starting to emerge as it is the case in other countries.

Ségolène provided us with a clearer image of how we as Pro Bono Lab have been responding to the crisis. Like a lot of organisations, quick actions were set up, based on instincts as she rightly pointed out. The “first instinct” for us was to protect the internal structure by analysing the financial impact, reprioritizing cash flows and the budgets and trying to anticipate potential postponments of operational projets. Half of the team had to go in partial unemployment. The second instinct was towards the communities we work  with (companies, non-profits and volunteers) to understand how they were, what they needed and the best way to stay in touch. With specific referees inside our team, different hotlines directed to these different communities were put in place. Targeted mainly at companies, weekly webinars were organized to share practices ; for non-profits, an online tool was set up so that we could identify more quickly and more efficiently the skills they were lacking on a larger scale ; for volunteers, we developped a common initiative along with other five volunteering facilitators. The third instinct echoes this : partnership to promptly team-up and efficiently coordinate efforts so that the avalaible solutions are easy to find and not redundant so that they can have a great impact on different communities. We also aligned with the French government’s initiative. And finally, innovation.

Speaking of inspiring initiatives, Armin went on to give us some interesing details about a giant hackathon held in Germany which allowed various cross-sector organizations to propose concrete solutions to counter the virus. 28 000 people showed up, developping over 1500 ideas while 3000 people became mentors to some of them ! Some projects were even selected to receive government funding.

Ségolène told us a bit more about specific case studies hightlighting how three GPBN members are reacting to the crisis : the Beijing Pro Bono Foundation, Samen Voor Eindhoven from the Netherlands and todogood from Russia.

Joerg gave us an exemple of one of Tungsram’s CSR initiative : offering for free to teach / mentor teachers on how to use various digital tools such as Microsoft’s teams in the cities where their factories are based. They are now trying to make it bigger and a bit more structured by teaming up with a Hungarian company that is providing for free digital education and tools. He also stressed the “bubble” in which companies tend to operate sometimes, neglecting the value of their very own HR’s skills and what they can mean outside the company for NGOs and social initiatives.

The piece of advice that Armin would give any other pro bono facilitators is to not be afraid of the online sphere which represents great opportunies in terms of cost and geographical spectrum. It also allows us to try so many things playfully and use this time to experiment a little more without being afraid of failing !

To a question raising the possible budget restrictions to be faced by CSR managers and employee volunteering , Joerg argued that the companies less affected by the crisis can keep considering pro bono a strategic priority for several reasons. Pro bono itself does not need to be expensive (letting your employees use their work-time for instance). He never had the experience of witnessing that the work suffers after engaging in a pro bono experience, quite the opposite actually. While making sure it is done for the good reasons, pro bono remains the “cheapest way/tool” to communicate about your company.

Last but not least, the webinar was also the occasion to announce that Pro Bono Lab will be hosting the 8th Global Pro Bono Summit in mid-October on behalf of the network. 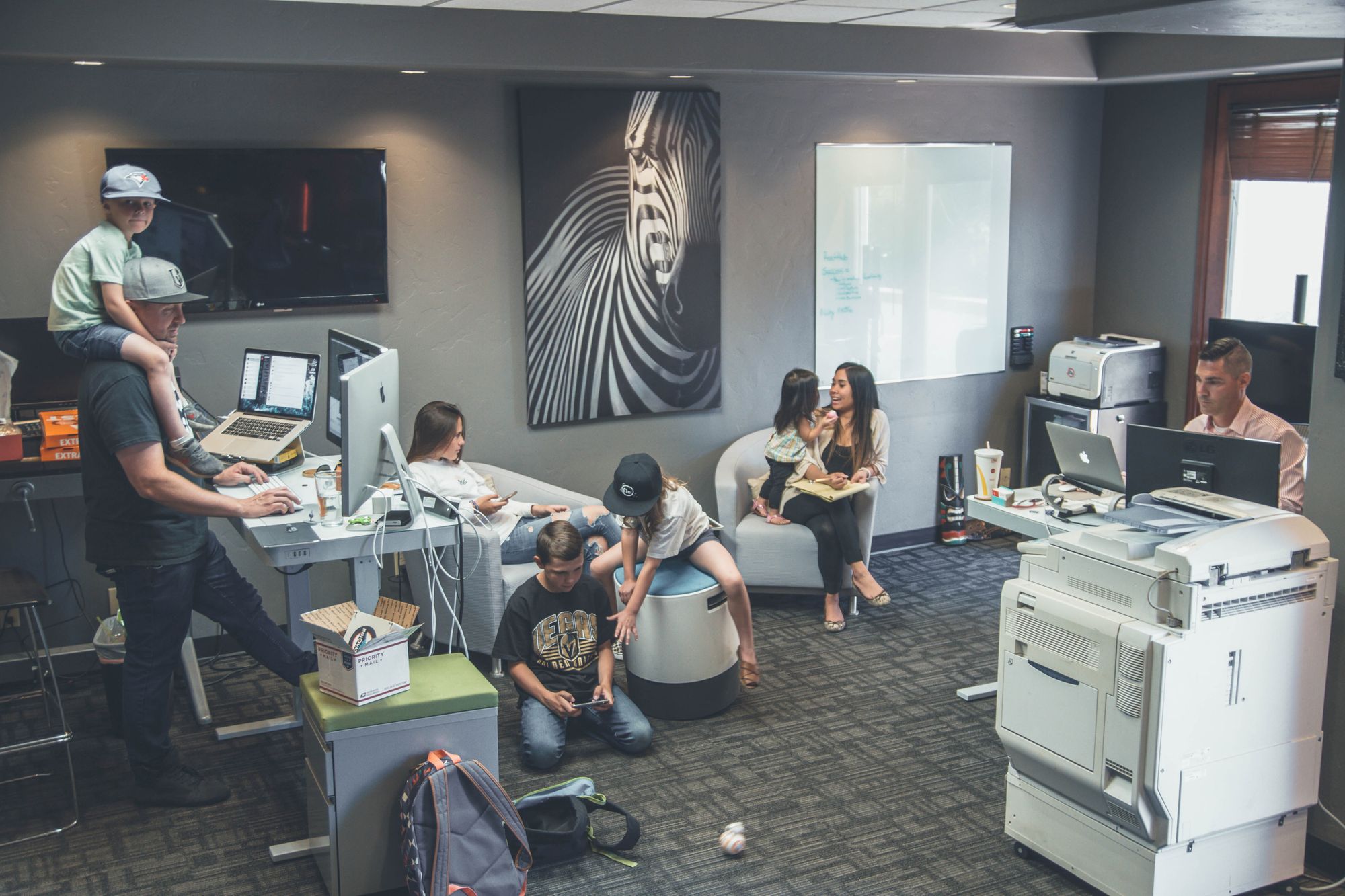 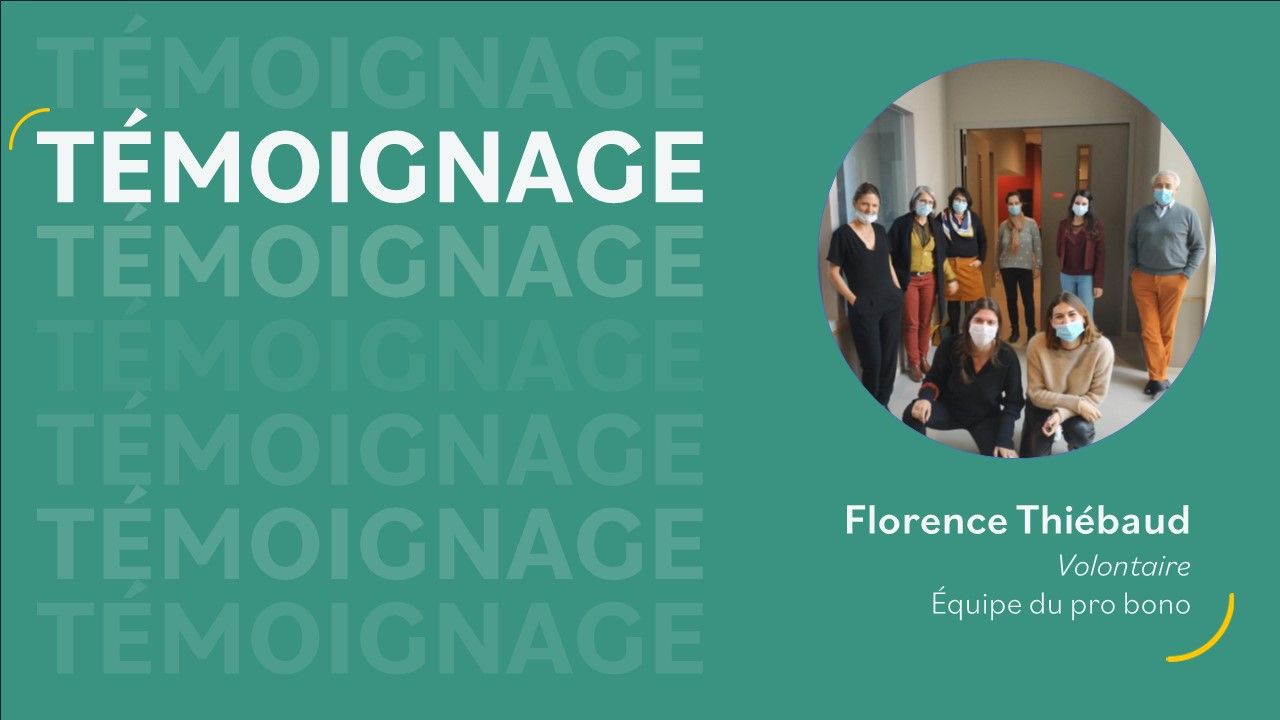 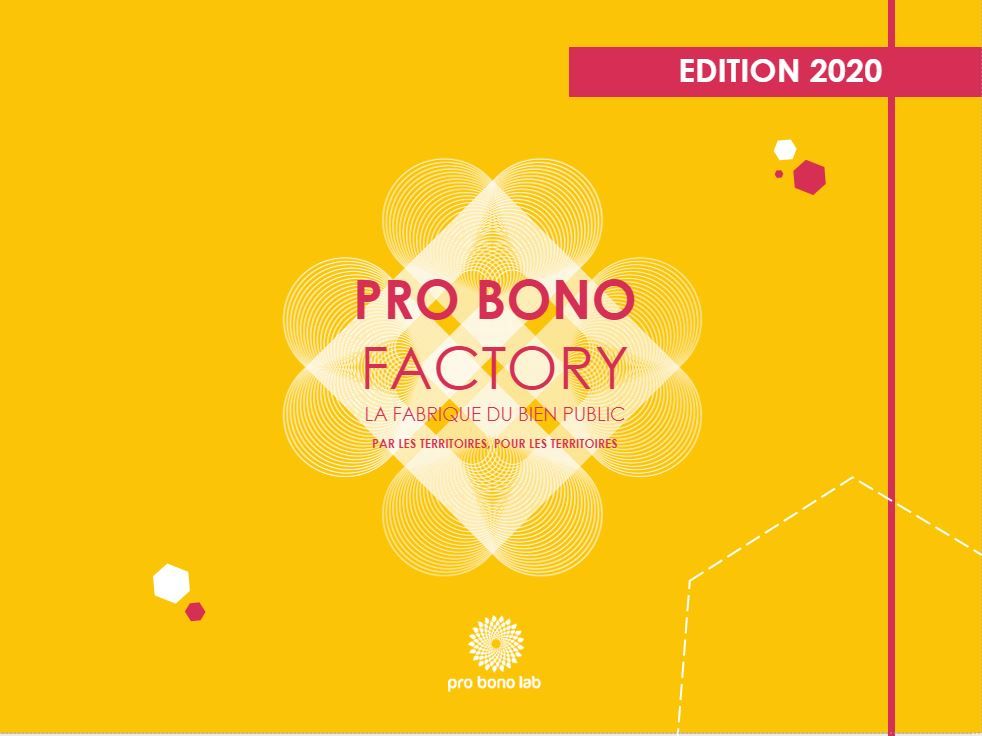